I started Rat Records in 1988, selling my vinyl albums on a street market in Oxford because I was skint and I needed money to buy more records! I then graduated to Camden and Greenwich markets at the weekend, with the odd 2nd hand record fair. In 1993 I got the first of a series of four Rat Records shops in Greenwich, London. In 1999 Rat Records relocated our CD and record shop to Camberwell and passed into many adventures and local legend! We closed the shop down in June 2022 when the lease expired and now I just roam the country, buying records!

I also have 2 more children, a grandchild and a lot less hair than when I started. My job is fantastic. I get to travel the country buying records, meeting interesting people and hearing the stories behind their music collections. Then I get those records to people who want them.

I'm a highly experienced and professional record dealer. From the start I will be completely straight and clear with you about how I will buy your collection, my prices, method and logic.

I'm out searching nationwide to buy vinyl from you. I'm the man you should speak to and who will come round to buy your records with the cash.

From the FInal Rat Records shop... 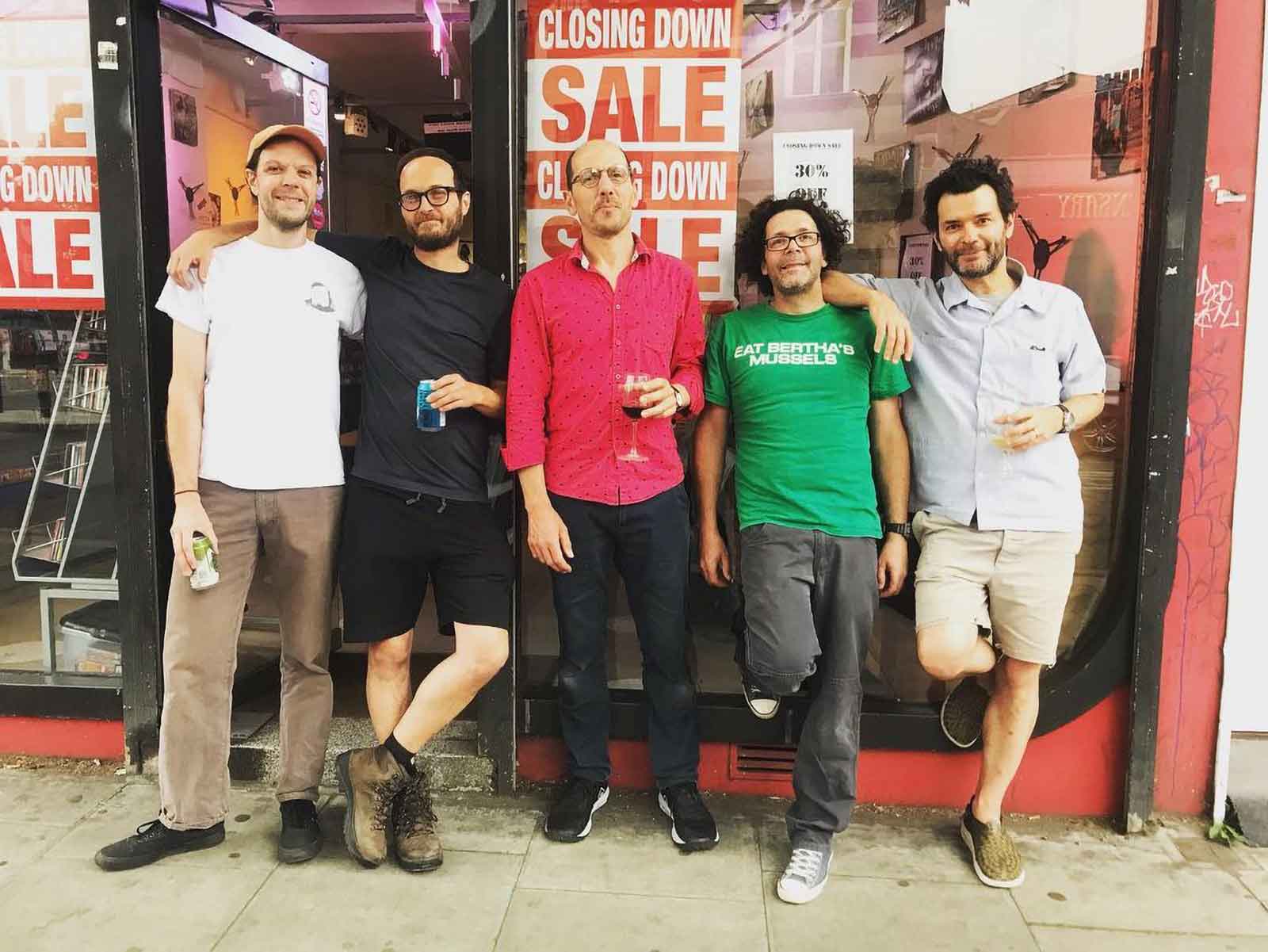 The Magnificent Five. Staff at the end of the final days' trade at Rat Records, Camberwell.

It was Pete's last day and we had our favorite DJ doing a seven inch only session while we cheekily sipped beers during working hours. Thanks a million to Kev for this, it's a great set to play back over and over as a pre party soundtrack it works great.

Sun is shining, weather is sweet....this soulful set should go down easy like the first V&T. Thanks Karl.

We've bought out an online record shop and have multiple copies of titles in MINT, UNPLAYED condition, mostly Indie/Alternative titles from the 00s, UK pressings.

As well as putting out a collosal New In record selection on RShopD, we'll be doing these multiple copies cheaper than anyone else in the world, that day only. 1 copy per punter! We've got between 2-10 of each title.

Sun is shining, weather is sweet.....

Managers of the shop: Philippe and Andre

Philippe was asked to leave France 25 years ago for liking the Cure a little bit too much. Naturally he ended up as the final and greatest manager of Rat Records.

His eclectic tastes and undiminished passion for new exciting sounds made him the perfect man for the job.

Philippe's indepth musical knowledge veers from ragtime blues all the way to techno via post rock, indie and electronica, reggae and jazz although obviously his real passion is Burgundy.

Philippe took care of the smooth running of the business. Desperately trying to research and price the vast amount of records that Tom was constantly bringing in,Philippe was also known for driving seasoned record dealers to tears with his infamous 'price challenge'.

Philippe and his Gallic ways were balanced out by the permanently friendly and unflappable assistant manager Andre (group photo, second left, he's too modest for a portrait!). Andre's kindness and attention to detail were second to none.

After escaping from Margate and the world of cinema, Andre quickly became our master of mail order, king of the CD racks and brought a human touch to the counter. Sustained only by coffee, Oreos and roll-ups, Andre's smile never failed. Nor did his ongoing love and fascination with jangly antipodean guitar pop, psychedelic musical gems, heartfelt singer-songwriters, folk guitarists and anything with a Rickenbacker on it. Andre was also secretly a metalhead of sorts.

These two gentlemen were the best team the shop ever had. 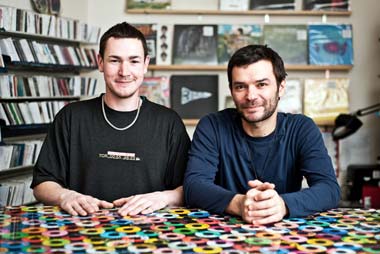 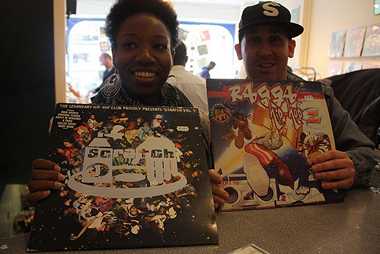 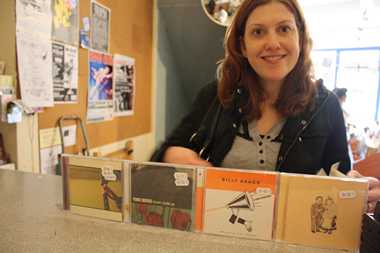 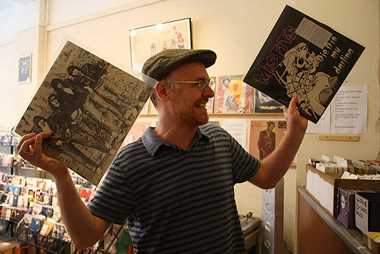 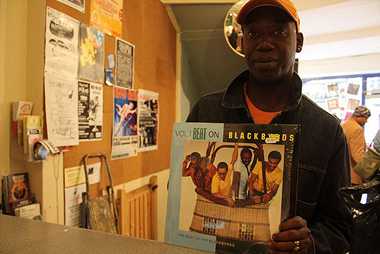 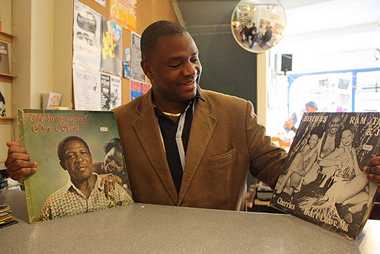 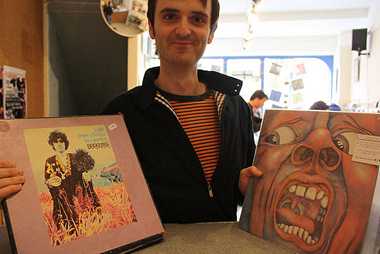 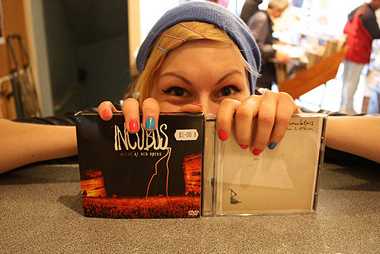 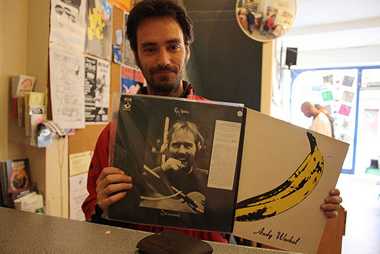 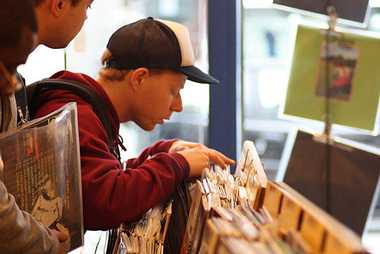